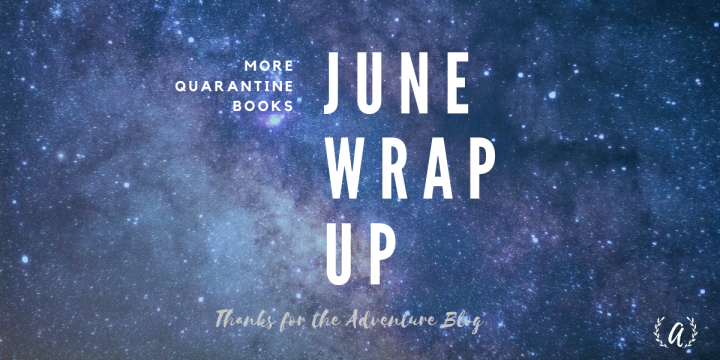 Well here we are…a delayed Month Wrap up. But I have to share my small little stack of reads from last month (as well as the honorable mentions) because they are just that good. This month’s reads seemed to come from the Universe at the most optimal timing. They gave me a new world to be enveloped in when honestly my world wasn’t where I wanted to be. They had extremely relatable themes/feelings/moments that, had I not been experiencing Month Four of a Pandemic and self-isolating, I never would have appreciated them. It was just a good month of little reading.

Also read: Thanks for the Bucketlist #2

** possible spoiler alert/LONG review- ** Upon finishing all I could think is, “Woah.” I live for a prequel and especially from the POV of a character that is the undeniable villain. I did have mixed feelings after finishing but overall would recommend it to anyone who enjoyed the original trilogy. I see why people dislike it but I loved it overall despite it’s minor downfalls in comparison to the original books.

It was different from the others in that it was much slower paced and it seems quite long. What drives the original books is Katniss’ (amongst other’s) urgency to survive. The protagonist, a young Snow, in Ballad… simply doesn’t have that in this prequel. The urge to succeed and live up to a old, family, destiny is what drives it and it is massive.

Like I read in another review, the philosophy behind the games, society, war, etc is one of the biggest contributors. While there in the OG books, they are not as important. This is what I LOVED. I was highly intrigued by how the early Hunger Games evolved, the specific events that heavily altered Snow’s perspective of Panem, humanity, and the Games. As well as the overall evolution to the world that we know from the OGs.

Little details of Snow’s persona and character, that as a reader you speculate about in the OG trilogy, is what made this book so exciting. To see where his fascination with Roses came from, his consistent mocking of young love, his philosophy of the districts and the rebels, his involvement in the games, and ultimately where his drive for keeping power and control are all revealed in little moments.

I would agree that the romance was eh, but I think that was Collin’s intention. It was another puzzle piece to Snow’s evolvement to the man who understands but has no empathy for human connections and emotions. A man who knows how to take advantage and hurt people.

References to the OG trilogy, in my mind were used to connect the two times together and to enhance Snow’s general dislike towards Katniss, District 12, and the rebel movement. Why Katniss’ actions such as her subtle, and sometimes unknowing, defiance and her song were especially infuriating to Snow. It may have been a shoutout to fans but still effective.

Character wise I adored Lucy, the entire Covey clan, and Tigris (of course). I was worried with becoming too understanding and forgiving of Snow, but if anything his character has become much more dynamic and evil in my opinion.

All in all, this book was enjoyable. It had its moments and was difficult to read at some points, especially considering what is currently prevalent in our world. It is not for those fans simply wanting to relive the OGs with different characters. I still highly respect Collin’s as a writer and will be adding this book to my shelf permanently. 🙂

The last month had upended their lives and changed them irrevocably. Sad, really, as they were both rather exceptional people, for whom the world had reserved its harshest treatment. “Yes, it leaves quite an impression…”

-Suzanne Collins The Ballad of Songbirds and Snakes

WHERE THE CRAWDADS SINGS by Delia Owens

Wow wow wow. What a glorious book full of poetical prose, beautiful metaphors, a thought provoking storyline with a mystery and twists, and characters you can’t help but feel like they are a part of you. Highly highly recommend.

This book has been on my TBR for a long time, and honestly, I was losing interest in waiting. But I am so glad that I finally read this, especially now, as the reality of loneliness is so prevalent during the COVID lockdown. I found it comforting to relate to Kya. She is an extremely dynamic character and I loved her view and understanding of the world around her. I cannot express enough to everyone I gush about this book to, how well timed this book came into my life. I was reminded of the power of books again. I went from feeling completely isolated, sad, and feeling a lack of beauty around me but Kya and the marsh changed that.

Anways, the other characters. Tate is a gem, even when I was angry with him, and I just want to give Mabel and Jumpin’ the biggest hugs.  There are antagonists both seen and unseen that added so much dimension to the story. As well as a reality that hits home, especially during the current political climate.

The pure descriptions of the nature around Kya is phenomenal. And of course, I come to find out that Ms. Owens is a nature writer herself. Of course. While indulging in a storyline, which I love doing, I learned quite a bit as well, which I am grateful for.

This book is full of themes of nature, preservation, family, abandonment, the true meaning of human connection, love, prejudice: both racial and societal, human drive, and all the in-between.  Anyways, it was beautiful. I can’t stop thinking and feeling gratitude for it. (Really my friends, the Universe knew I was going to need this.)

“You can read, Kya. There will never be a time again when you can’t read.” “It ain’t just that.” She spoke almost in a whisper. “I wadn’t aware that words could hold so much. I didn’t know a sentence could be so full.” He smiled. “That’s a very good sentence. Not all words hold that much.”

-Delia Owens Where the Crawdads Sing

Also read: I am Completely Fine…

THE TENANT OF WILDFELL HALL by Anne Brontë -this one I started months ago. It has been my filler read – as I jump from book to book, and just not in the mood for the one I’m currently focused on, I switch over to this one. Slowly hacking away at it but it’s SO GOOD.

ALEXANDER HAMILTON by Ron Chernow – this one is a BEAST. I started it months ago and unfortunately had to return it to the library before making a significant dent. During COVID I have discovered library ebooks and how wonder the Kindle is (especially with Biographies…I’ll share later…) Anyways, I’ve made a dent. It has taken up all of my reading time. I have LOVED it and can’t wait to finish and share my thoughts! (Hopefully next month’s wrap up…)

Anyways, please drop any thoughts you had on these books in the comments! I would love love to start up a discussion!

And as always… Thanks for the Adventure, Books. ❤

Follow along on my Socials and catch up on recent posts!

Hello blog world. Hello corner of the internet. I am still here and you are still here. We have each other.

*written July 3, 2020* Welp. It is my 25th Birthday. Birthdays are either one of two things – an unforgettable day with an exorbitant amount of anticipation leading up to it or a day that’s just a day. It marks a new chapters but not a lot of hub bub happens. I hate planning a […]

A wannabe blogger letting go. Turns out I’m not a wannabe 😉 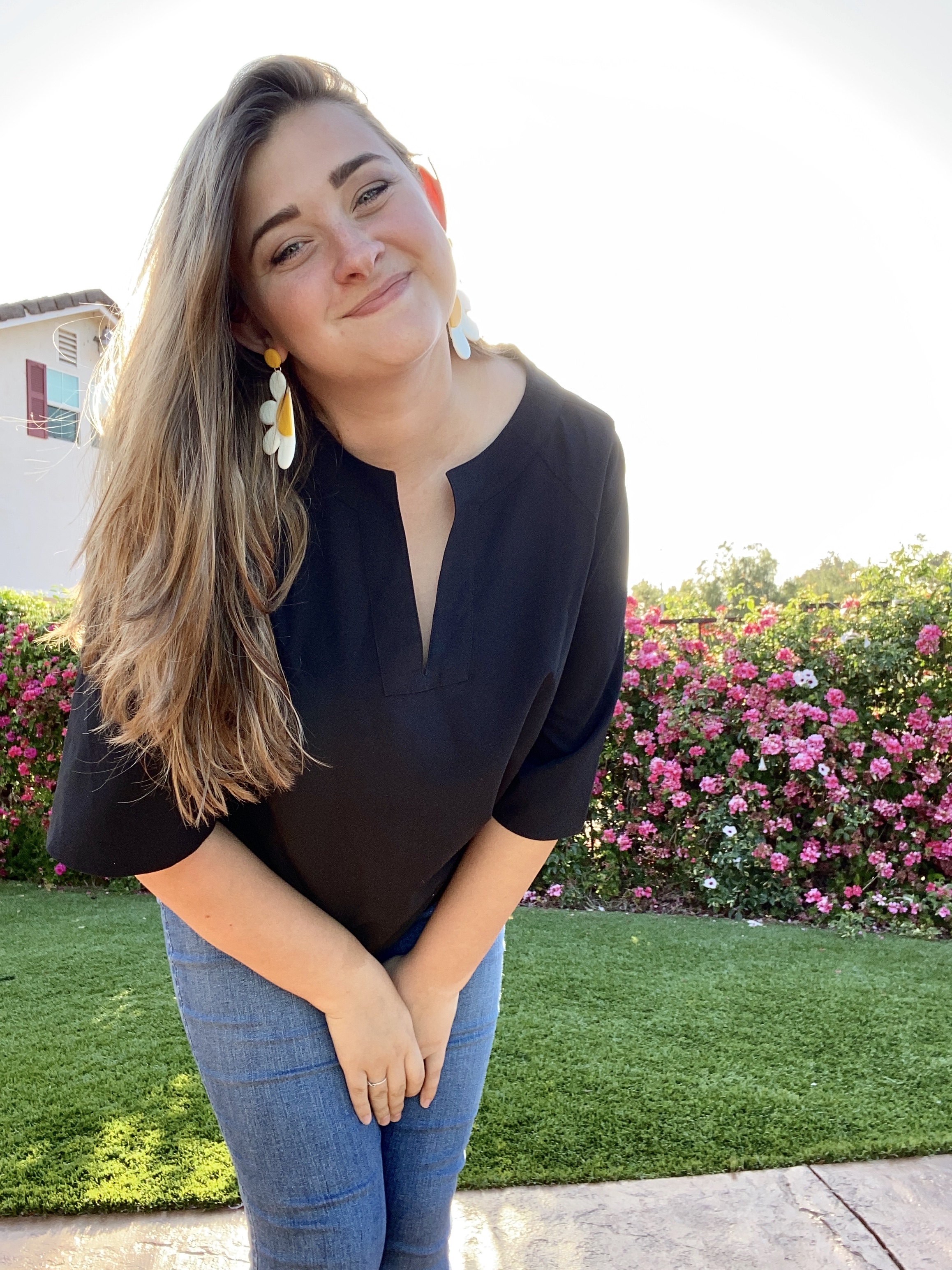